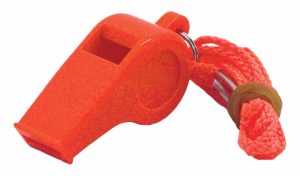 Have you ever tried shouting across a small lake? Easy, isn’t it?

How about when you’ve been water-skiing, and try to get the attention of the towboat? Found it impossible, didn’t you???

Sound does and does not carry over water well. On calm lakes, bays, creeks, or in restricted visibility, sound carries exceptionally well. If you ever went camping around a lake, knowledgeable campers often would tell you to keep the noise down at night, since cool air, and a flat-water surface amplified the sound you were making, so that everyone on the lake heard you.

According to Howard Shaw, Ph. D. and Cheryl Jackson Hall, Ph. D., “Experience suggests that sound, like light, travels (more or less) in straight lines. However, to the contrary, sound actually tends to curve downwards over a lake’s surface.”

“Sound traveling along straight lines would disperse quickly into the space above the lake. Instead, sound that “should” rise up and be lost typically curves back down to the lake/ground level. Therefore, it sounds louder than it “should.” This is a well-known and easily demonstrated observation, measurable out there on real lakes.”

But, let us go back to our water-skiing incident. The water isn’t flat; it is a jumble of waves in all directions. Why? Because the towboat is throwing a wake, your water skis are throwing its own wake, and with the towboat serving and changing course to give you – the rider – a great time, the water has become choppy.

So our wave infested lake, stops your voice from traveling. If this were a large body of water, the wind would be causing the waves. In both instances, the sound of your voice would have difficulty in being heard over the sound of the waves and the interference that the waves would produce to your voice. Add to your problems is the pitch of normal adult voice. It would have problems piercing the noise, and because it’s a lower wavelength, it would also have difficulty moving around the waves themselves.

So how can you be heard? By using a “low tech solution” – an emergency whistle!

An emergency whistle costs under $7.00, usually comes with a lanyard, which can attach to your PFD. Every member of your boat crew and guest should be familiar with their PFD, its emergency whistle and mirror. A whistle and a mirror, two low cost, low tech emergency solutions that can just save your life. So the next time you go to the boat store, why not pick up a signal mirror and a whistle and attach it to your PFD. Low Tech Safety Items – they might just save your life!