by NOAA
Reprinted with permission of FAA Aviation News

Thanks to the international humanitarian program known as Cospas-Sarsat, which celebrated its 20th anniversary in October 2002, more than 14,000 lives have been saved worldwide, including about 5,000 in the United States, since the program began in 1982. Cospas-Sarsat is a search and rescue system that uses U.S. and Russian satellites to detect and locate emergency beacons carried by aircraft, ships, or individuals in distress. Last year, 166 lives were saved: 112 on the seas, 39 in the Alaskan wilderness, and 15 on downed aircraft in the states around the country.

The National Oceanic and Atmospheric Administration (NOAA) operates a series of polar-orbiting and geostationary environmental satellites that detect and locate aviators, mariners, and land-based users in distress. These satellites, along with a network of ground stations and the U.S. Mission Control Center in Suitland, MD, are part of the International Cospas-Sarsat program, whose mission is to relay distress signals to the international search and rescue community.

Sponsored by Canada, France, Russia, and the United States, and started during the Cold War, the system operates 24 hours a day, 365 days a year, and aims to reduce the time required to alert rescue authorities whenever a distress situation occurs. In the United States, the Cospas-Sarsat program is operated and funded by NOAA, the U.S. Coast Guard, the U.S. Air Force and the National Aeronautics and Space Administration (NASA).

“We are an international humanitarian program whose goals and rewards are the same?saving lives,” say Ajay Mehta, manager of NOAA’s Sarsat program. “We had an unusual rescue last year with a bear circling a private plane that had crashed in Alaska with two people on board,” said Mehta. “These folks were in a dangerous predicament. Yet, because there was an emergency locator transmitter on board the aircraft that activated upon impact, rescue authorities were able to respond to the distress quickly. On arrival, the search and rescue aircraft saw the situation unfolding and dispatched a helicopter to retrieve the occupants and bring them to safety.”

The Cospas-Sarsat system consists of emergency radio beacons carried on aircraft and ships, equipment on satellites, ground receiving stations (also called Local User Terminals), Mission Control Centers, and Rescue Coordination Centers. When an aircraft, ship, or person is in distress, an emergency beacon is activated. These beacons transmit distress signals to the satellites either on the 121.5, 243, or 406 MHz frequencies. In the case of aircraft, the beacons are well known by pilots as Emergency Locator Transmitters, or ELT. Ground stations track satellites in the Cospas-Sarsat constellation and process the distress signals. The processed information is then forwarded to a Mission Control Center where it’s combined with other information and passed to search and rescue authorities.

(Editor’s Note: In October 2000 the International Cospas-Sarsat Program, announced at its 25th Council Session held in London, UK that it plans to terminate satellite processing of distress signals from 121.5 and 243 MHz emergency beacons on February 1, 2009.  All mariners, aviators, and individuals using emergency beacons on those frequencies will need to switch to those operating on the newer, more reliable, digital 406 MHz frequency if they want to be detected by satellites. This is discussed later in this article.)

The ground station receives the emergency signal and calculates the location of the signal by one of two methods. In the case of 121.5 and 406 MHz signals detected by polar orbiting satellites, the position of the distress beacon is computed using Doppler technology (the relative motion between the satellite and the emergency beacon). In the case of 406 MHz signals detected by geostationary satellites, only those beacons equipped with GPS capabilities can be accurately located. This position can then be transmitted as part of the distress signal to a mission control center. In the United States, NOAA operates 14 Local User Terminals (LUT) in seven locations. There are two LUT in each of the following locations: Suitland, MD; Houston, TX; Vandenberg AFB, CA; Fairbanks, AK; Wahiawa, HI; San Juan, Puerto Rico; and Andersen AFB, Guam. There are currently 39 LUT in operation worldwide with several more being built each year.

The U.S. Mission Control Center (USMCC) in Suitland, MD, obtains the location information from the ground receiving stations. The USMCC combines this information with other satellite receptions (from other ground stations and MCC), further refines the location and generates an alert message. This alert is then transmitted to the appropriate Rescue Coordination Center based on the beacon’s geographic location and/or identification. If the location of the beacon is in another country’s service area, the alert is transmitted to that country’s MCC. This is possible because all Cospas-Sarsat MCC are interconnected through nodal MCC that handle data distribution in a particular region of the world. Currently, there are 24 MCC worldwide (five of which are nodal MCC operated by the United States, France, Russia, Japan, and Australia). Although the operation is always manned, the vast majority of alert data distribution is handled automatically.

Once the Rescue Coordination Center is alerted, it begins the actual search and rescue operation. In the United States, these rescue centers are operated by the U.S. Coast Guard for incidents at sea and by the U.S. Air Force for incidents on land. In the case of NOAA-registered 406 MHz beacons, the RCC telephones the beacon’s owner and/or emergency contact, and if it cannot determine that the signal is a false alarm, it dispatches search and rescue (SAR) teams to locate the aircraft or vessel in distress.

In the case of 121.5 MHz beacons, which cannot be registered with NOAA, each distress call, whether real or a false alarm, must be tracked to the source using direction-finding equipment. The manpower and cost of responding to false alarms are extremely high. To avoid false alerts, NOAA recommends that pilots be sure to use care when testing and maintaining their ELT and follow the manufacturer’s recommendations carefully.

Search and rescue forces are sent out either by the U.S. Air Force, the U.S. Coast Guard or local SAR personnel depending on the origin of the emergency signal. SAR forces include fixed wing aircraft, helicopters, ships, boats, search parties, and sometimes commercial ships. The SAR forces find the people in distress and bring them to safety. To focus the SAR team’s initial search, all 121.5 MHz and most 406 MHz beacons transmit a second “homing” frequency of 121.5 MHz. Armed with radio detection devices, the Coast Guard and other rescue authorities can track the homing frequency and quickly locate the emergency beacon.

A Cospas-Sarsat polar satellite will typically overfly a beacon within an hour and calculate a Doppler-determined location. This process can locate beacons within an accuracy of 5-12 miles for 121.5 MHz beacons and 1-3 miles for 406 MHz beacons. The 406 MHz beacons detected by geostationary satellites provide immediate alerts. However, they are not able to be located using the Doppler shift because these satellites have no relative motion between them and the emergency beacons. They can, however, be registered in NOAA’s beacon database. Thus, if the 406 MHz beacon has been registered, the SAR team can begin its initial verification of the alert using the information contained in NOAA’s beacon registration database.

Often this detective work yields a general location of the vessel or aircraft in distress and SAR assets can be readied or dispatched to that general area. Then, when a polar orbiting satellite flies over the beacon, its exact location can be calculated using the Doppler shift and the location forwarded to the SAR personnel who may already be en route.

Satellites
NOAA operates both polar-orbiting and geostationary environmental satellites that are used primarily for environmental applications. Each satellite also carries Search and Rescue Satellite-Aided Tracking (Sarsat) payloads that can detect and locate emergency beacons activated by people in distress

NOAA’s Geostationary Operational Environmental Satellites orbit at about 36,000 km (22,320 miles) above the Earth’s equator. From this vantage point, GOES can see large portions of the Earth continuously. GOES satellites can detect only 406 MHz emergency beacons. The more advanced 406 MHz beacons often have GPS capacity, which can provide their position. GOES satellites relay 406 MHz signals to ground stations immediately after a beacon is activated.

Emergency beacons are powered by batteries and come in a variety of shapes and sizes. There are three types of emergency beacons: 1) Emergency Position Indicating Radio Beacons (EPIRB) for maritime applications, 2) Emergency Locator Transmitters (ELT) for aviation applications, and 3) Personal Locator Beacons (PLT) for individuals in distress. There are two types of EPIRB and ELT. One type transmits an analog signal on 121.5 MHz. The other type transmits a digital identification code on 406 MHz and a low-power “homing” signal on 121.5 MHz. Aircraft carry ELT that are normally triggered by the impact of a crash. Ships carry floating EPIRB that are activated by immersion in water. Both can also be activated manually. PLB have been used by the State of Alaska since 1994 to help protect people from the hazards of the Arctic. Although PLB are not yet authorized for general use, the Federal Communications Commission is currently considering rule making to allow use of PLB anywhere in the United States starting in 2003. 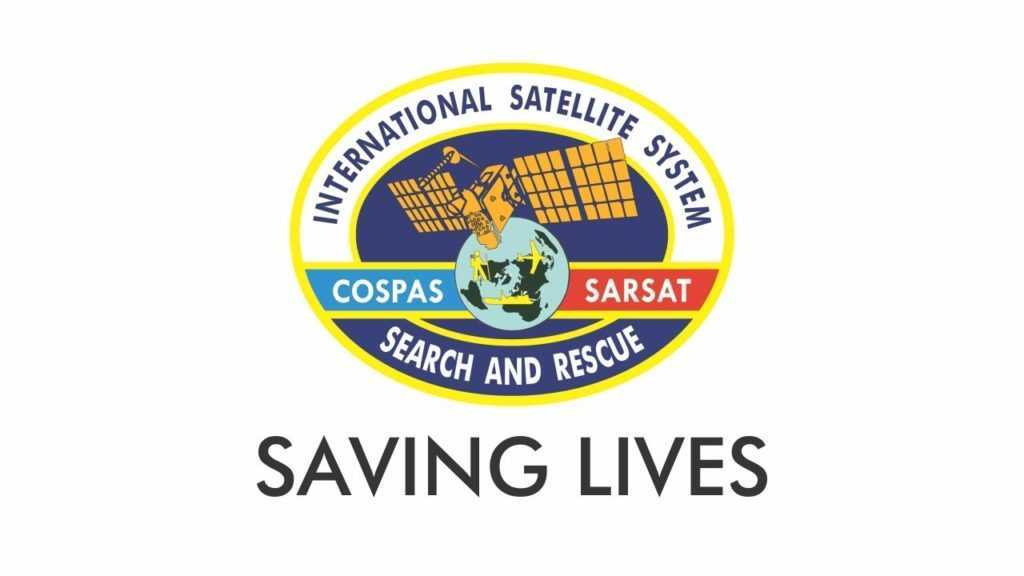 Emergency beacons transmit on a radio frequency of 121.5 MHz and 406.025 MHz. There are several important differences between the two frequencies: